The nearly coherent ramblings of the author Julie Wright

Mr. Wright is out of town tonight, so it’s just the Wright brothers and me.  Already we’ve argued about what will be on the television while I make dinner. The argument was over whether we’d watch the Disney Channel or Unwrapped on the food channel. I lost.

Yep. Unwrapped on the food channel. I swear these children are not mine. Why would they want to learn something on TV when they can have mindless entertainment? So, instead of a silly but fun show about teenage wizards, we’re learning about how the PEZ dispenser came into being and about some odd new pancake product called Batter Blaster.

The elder Wright Brother wants Batter Blaster bad. He is our family pancake maker and the Batter Blaster apparently is the newest rage in pancake making. I hadn’t made my first pancake until I was in college, and here is my ten year old, scoping out new ways to fine tune his breakfast making experiences.

The younger Wright brother has determined he wants an edible bouquet instead of cake for his birthday because it’s healthier (fruit instead of pastries), and he no longer drinks soda pop because he thinks soda pop is bad for you. Honestly! I did not teach them any of this. They are totally on their own when it comes to this total weirdness. I now get lectures about my Dr. Pepper habits.

The kids teach me a lot as we move through our time together, but I’ve taught them some pretty valuable things too, such as:

As you can see from the list, some of the stuff they learned from me is actually useful. I miss the daughter a lot and, in spite of teaching mostly less than useful life skills, still wish she was around for me to teach. She’ll be home for the summer in just two and a half months. Yay! This whole child rearing business is one well worth taking on.

Oh and I finished writing the manuscript, Spell Check, last month and have already started my new WIP tentatively called Dream Writers. I’m into it nearly fifty pages and so far loving the manuscript.

My books are avaialable at B&N too! 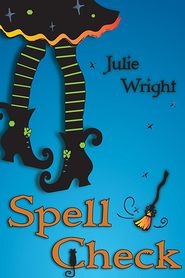